I am extremely excited to review the infamous Razor Crest. I pre-ordered this set back in the early spring, and after a long wait, finally received it last weekend. Let’s dive right in!

The figures are remarkable. I was so excited when I discovered that the community would be receiving a Baby Yoda figure. LEGO was able to give meticulous detail to such a small figure. The Mandalorian is in the same outfit as the At-ST Raider. I am in love with the Scout Trooper, I think it’s such a well put-together figure. I do wish they included a speeder bike for him, LEGO skimped out on that. Greef Karga is decent, I love his smirk and his detailed torso. Lastly is IG-11, definitely a fan favorite. Only Star Wars could give an Assassin Droid a personality!

I had a blast building this ship. I was exposed to different parts and techniques I have not seen. It’s been awhile since I built a traditional spaceship. The interior is tight. It’s difficult to maneuver your hand and place figures, but given the size of the ship, it’s more than anyone could ever ask for. The 2 figures in carbonite are outstanding. They include a weapons rack and a bed for the Mandalorian. An improvement I would install is some kind of speeder bike or storage compartment in the middle flap, instead of dead space.

The cockpit is quite roomy. I was nervous while building, wondering if it would leave adequate space for the figure. As an added detail, I would have liked to have seen a lever that Baby Yoda could fidget with. Behind the cockpit is a concealed weapons storage area. I’m glad LEGO didn’t just leave it as dead space and created another play-feature. Speaking of play-features, I was surprised to find an escape pod on the top center of the ship. It has room for one figure and you can remove it effortlessly.

I’m not a huge fan of stickers, they’re difficult to apply and I can never seem to get them at the correct angle, but this ship uses them appropriately. I had no problem applying them and they truly elevate the build. The engines are fantastic, I love the overall look. I love the ingenious idea to utilize a barrel for the tail-end of the engine. 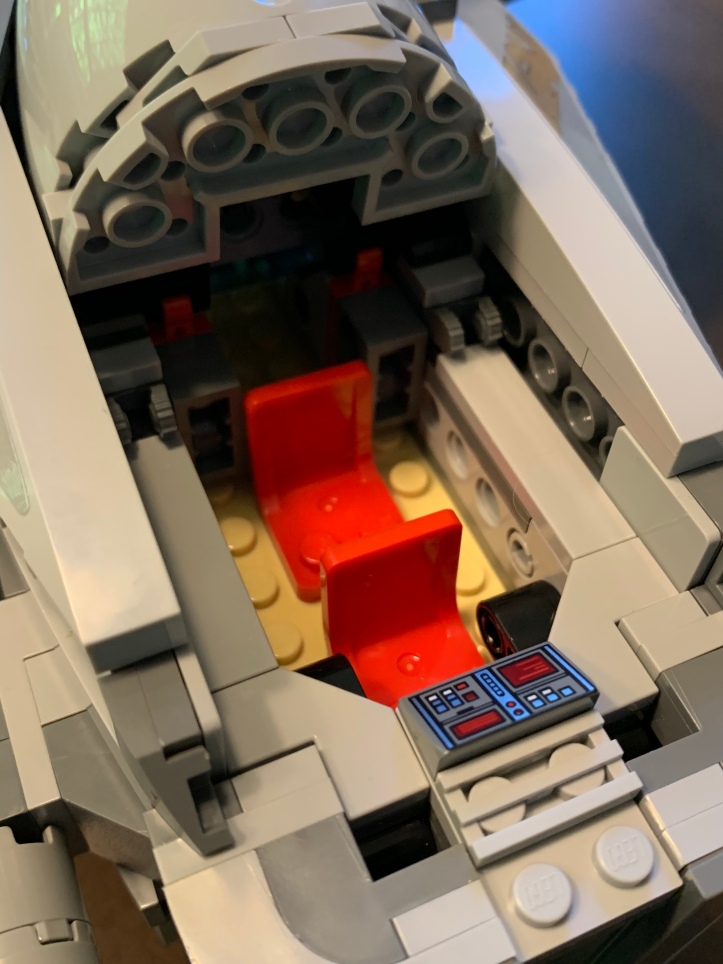 Overall, I could have not asked for a better ship. It’s a must have set and is well worth the $130 price tag. Will you be picking up the transport ship? I hope you enjoyed the review, if you have any review request just drop a comment!

3 year difference of my office space
My Top 5 Favorite Star Wars Jedi
I picked up a bunch of @lego sets from a local teen looking to offload his collection. I’ve now started to take them apart and verify the sets are complete. They will be listed on my @bricklink store
Here are all the LEGO sets we have available for sale during this holiday season! If you are interested in any sets for you or any loved ones, send a DM